After months of waiting for the right time to watch this film, and now that thesis progress is leveling out a bit, I finally sat down to experience it in all its glory. I have a ton of thoughts about how Dawn of the Deep Soul furthered the Made in Abyss world and lore. Basically, it’s another reviewlysis because there are way too many cool things for me to look into. This post will spoil –be warned!

Originally slated for a theatre release, Dawn of the Deep Soul is the third of 3 Made in Abyss films, the first two being compilations of S1. I watched it with Sentai’s 7-day digital pass, which included 2 Marulk’s Daily Life OVAs afterwards, providing some much needed fluff after the chaos and horror that Made in Abyss is prone to delivering. Dawn of the Deep Soul takes on a new story as Riko, Reg, and their new companion Nanachi descend the Fifth Layer and cross over into the Sixth through the Ido Front research base, home to Nanachi’s tormenter, the White Whistle Bondrewd. With no option but to cross Bondrewd, the trio meet his young daughter, Prushka, and her animal companion Meinya, who show them around and slowly uncover unpleasant truths about his experiments. Throughout the film we get to see the horrors of the Ido Front, as well as its connections to the mythical civilization that once lived there.

As I’ve mentioned in my review of S1, Made in Abyss brilliantly incorporates the Abyss and its landscape into the narrative structure of the series. As the Abyss goes on, the journey becomes more difficult and deadly, and this is something baked into the very progression of events in the world of the show. Because not only does the map remind us where characters are, it also lets us in on where they’re going. Displaying the world this way creates great tension because your eye gets drawn down the the Abyss’ many layers, and the dangers that lurk further down. Dawn of the Deep Soul continues this integration of narrative into setting when the beginning title crawl zooms in on a map of the Abyss, pinpointing where the story will start off. Likewise, the film is bookended by the end credits showing the descent into the sixth layer, first as a sort of underwater environment with strange creatures, and eventually giving way to completely abstract shapes. In a literal sense, this marks the beginning of unknown territory for both the characters and the viewer. Past this point, very little is able to be discerned –even from the map we’ve become familiar with.

I also want to briefly point out this story’s existence as a film, because this does something interesting for the narrative mapping. Adapting the Ido Front arc into a standalone film instead of incorporating it into a season or even as an OVA was a really great structural choice which gives us enough time in the Fifth Layer to get a sense of its landscape, threats, and tragedies, and then have us promptly move through to the next stage. Given that the conflict in this arc is much more focused on character drama than on exploration or discovery, it makes sense to pause here and use the length of a feature film to give the characters time to breathe and develop.

By far the most impressive thing in Dawn of the Deep Soul was the White Whistle Bondrewd, Sovereign of the Dawn. He’s first introduced in S1, and is responsible for Nanachi’s dehumanization and child experimentation more generally. His constant presence looms over Riko, Reg and Nanachi, each starting to fear him for different reasons as they come up against danger, especially Reg. Nanachi’s relationship with Bondrewd was by far the most nuanced we’ve seen in Made in Abyss; a sort of survivor’s guilt complex prevents her from fully despising Bondrewd, while he won’t kill her out of curiosity after she’s survived this long and proven useful when helping him with experiments. Their conversations were very uncomfortable to watch, and Nanachi’s strange mix of dependence and disgust was really compelling.

Bondrewd is such an interesting villain, because Made in Abyss doesn’t really have villains –it has characters with conflicting agendas, but not anyone who’s deliberately set up to be against Riko and Reg, stop them from achieving their goal, or wanting to hurt them. The closest we get to villains are mostly other cave raiders that try to stop Riko and Reg because their descent goes against all precautions they’re told to follow, or in the case of our White Whistle characters like Ozen or Bondrewd, it’s because they have knowledge of Riko and Reg’s circumstances that’s entrenched in dangerous or rare information. Bondrewd’s goal isn’t to stop the trio, and the trio isn’t aiming to stop Bondrewd either. Both sides are influenced by their desire for discovery of the Abyss, and this weaponizing of knowledge leads to conflict. Bondrewd’s psychotic desire for knowledge means that even if you’re trying to stop him from hurting you, he’s still gleaning information from you, and that’s really scary! He’s so focused on learning everything he can that he forgoes common sense, and even in his final battle with Reg he never stops asking questions or making observations.

Made in Abyss got the jump on audiences when its unassuming cute art style tackled disturbing body trauma and gore. Word got around fairly quickly, but seeing it for yourself was really the only way to understand the extent of it. Going into Dawn of the Deep Soul, you sort of know what to expect after S1. This time, there’s at least the understanding that Made in Abyss can and will incorporate uncomfortable, disturbing images. That doesn’t make the experience any easier though –around halfway through I was watching large chunks of it through my fingers. In order to gather screenshots and fully take in the points for this post, I rewatched Dawn of the Deep Soul several times, and I do NOT recommend you do that. Watching this film requires a recovery period, and I ignored that in favour of writing. I guess you could say I was morbidly curious. Please don’t make the same mistake I did!

Specifically though, Made in Abyss uses a ton of medical gore, dissections and amputations, rotting corpses, innards, and even one scene which I surprisingly found quite beautiful –Riko feeling the Curse of the Abyss when she ascends the Fifth Layer. Introducing Bondrewd definitely prepped you for what was to come, with his history of child experimentation and complete lack of empathy for people in pain. Our main view into this is Prushka, whom Bondrewd raises in order to get the emotional bond needed for her sacrifice to give him the Blessing of the Abyss. Many of Prushka’s scenes are among the more horrific of the film, especially her fate as a Cartridge –human remnants liquified into a box that strengthens the user against the Curse of the Abyss. Even before anything happens to Prushka, you just know it won’t be pretty. Like I mentioned in my S1 review, Made in Abyss’ brand of gore is particularly upsetting because a lot of the time it deals with bodily functions we’re not used to seeing onscreen, let alone animated. This constant reminder of the body’s physicality is essential to the series’ sense of wonder and dread.

Animation and Sound: The World of the Abyss

Armed with a movie budget, Dawn of the Deep Soul delivered some stunning sequences and really impressive moments of animation. In particular it experimented with the shaky line art you’ll see when a character is brimming with power, as well as some really well implemented CGI. Many of the environments in the film were just so much more breathtaking because of their CGI space, a welcome improvement! However, in a few places the animation also opted to cut back and use a very flat style, like in Reg’s final battle with Bondrewd. The scene is just basic lineart for the most part, but it gives the scene a fluid energy that I just loved. Much more liberty was taken in the film to flesh out the feelings of the Abyss experience, as opposed to the more matter-of-fact presentation of S1.

The score was once again composed by Kevin Penkin. Made in Abyss S1 blew me away with its powerful, ethereal and sometimes even unnerving tracks, and I actually do the majority of my work while listening to it now. Dawn of the Deep Soul samples some of the iconic insert songs: “The Underground River,” and “Hanezeve Caradhina” in particular were instantly recognizable. The original score was absolutely fantastic, and added that extra bit of emotional punch with new themes that work well with the previous score. In particular, I fell in love with the insert song “Forever Lost” by Myth & Roid that played over the end credits. It’s got such an uplifting yet haunting sound and perfectly fits the soundscape of Made in Abyss. I’ve played it nonstop while writing this!

“My Journey Has to Go On…With You”

Dawn of the Deep Soul launched me right back into my undying love of Made in Abyss. After sitting on this franchise for over 2 years now, it feels completely right in saying Made in Abyss is probably in my top 10. Only a handful of shows make a lasting impact on my when I watch them for my Year of Anime, and Made in Abyss has remained on the brain since I first watched it with barely any competition. The imaginative worldbuilding, the development of very present and real threats, the mysteries that our characters explore and their own belief systems that are tested as they pursue the bottom of the Abyss and knowing to return means death just continues to astound me.

Dawn of the Deep Soul is a worthy addition to this franchise, and gives much-needed time to explore character conflict and lore without feeling like it was meandering or pausing unnecessarily. The pure sense of adventure and curiosity about the unknown paired with the already-established goals explored in S1 made this film a total treat! It’s rare that an anime movie winds up so impactful for me, and I’m so pleased I got to enjoy and analyze it here. This will probably stick with me for a long time, just like my experience of S1. If you haven’t watched Made in Abyss and have the stomach to do so, DO IT! And if you have $20 to spare, watch this movie! 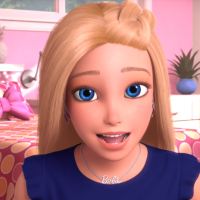 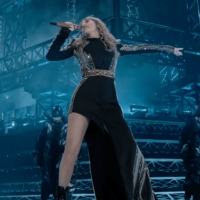 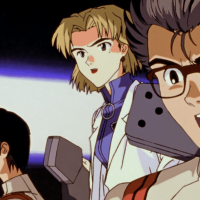 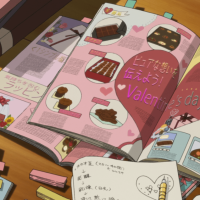 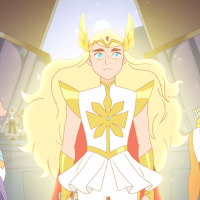 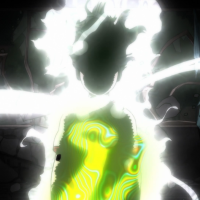 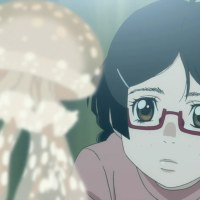 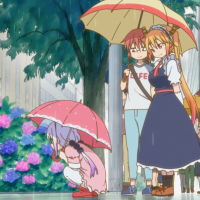 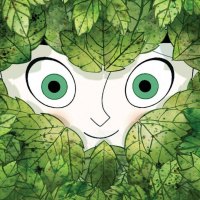 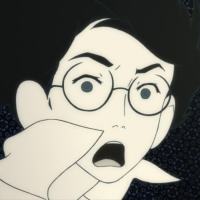 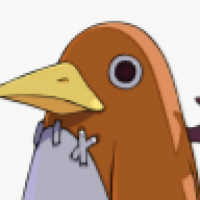 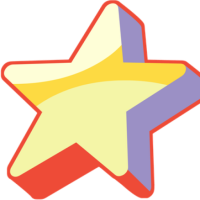 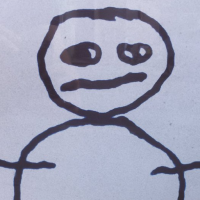 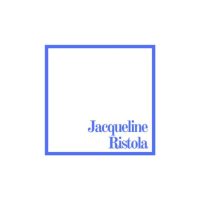 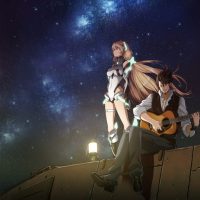